Kevin has been working as the camp director at Grindstone Lake Bible Camp since the spring of 2014. Kevin is originally from Raymond, New Hampshire, but went to college at Sterling College in Sterling, Kansas. While at Sterling College, Kevin received a degree in History Education and also took Bible and Ministry classes. Previous to working at Grindstone Lake Bible Camp, he worked at Camp Good News in Charleston, New Hampshire for many summers. During the school year, while camp is not in session, Kevin and his family travel back to the East Coast where Kevin works as the Late Night Supervisor of Dining Services for Gordon College in Wenham, Massachusetts.

Amber has been working at Grindstone Lake Bible Camp in several capacities since the summer of 2008. She is not only known as the Registrar, but is also Executive Director's wife. Kevin and Amber met while attending Sterling College in Sterling, Kansas, and have been married since August 2013. Amber received her Bachelors degree in Christian Ministries from Sterling College in 2014, and completed her Masters in Biblical Languages from Gordon-Conwell Theological Seminary in 2016, and a Masters in New Testament from Gordon-Conwell in 2018. She has not only worked in camp ministry for many years, but also has experience in church ministry as a youth director. 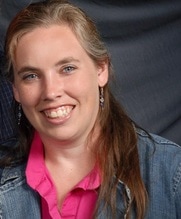 Deb wears many hats in the Hinckley and Sandstone communities, and one of them is as the book keeper for Grindstone Lake Bible Camp. Deb started her role as the book keeper in the spring of 2016, but was not a stranger to camp before coming on staff. Deb's husband, Ben, grew up in the community, has worked at Grindstone as a counselor, and is now a current board member. Their four children, Andrew, Elizabeth Grace, Rebecca and Caleb have enjoyed many summers as campers, and often help out at camp. During the school year you can find Deb working as a Science and Economics teacher at Harvest Christian School in Sandstone, Minnesota.